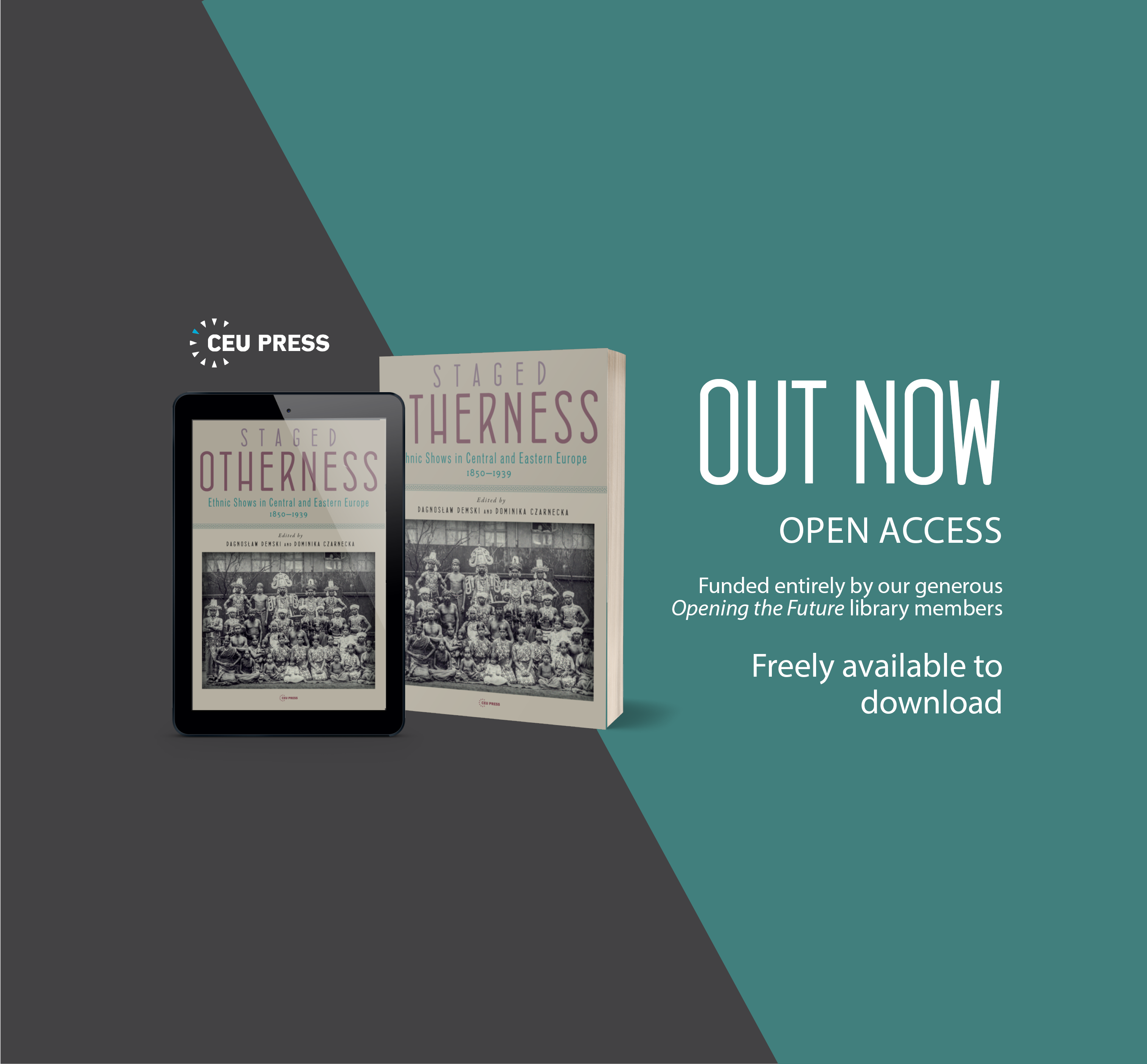 We’re pleased to announce the title of the next monograph to be published fully open access by CEU Press: Staged Otherness: Ethnic Shows in Central and Eastern Europe, 1850–1939, edited by Dagnosław Demski and Dominika Czarnecka. Thanks to library support of our Opening the Future project, this book is the third one to accrue enough funding to allow us to make it freely accessible, without paywalls.

Staged Otherness demonstrates the complexities in analysing the portrayal of non-European people in front of European audiences. The book focuses on the hitherto unexplored ethnic shows in Central and Eastern Europe in the 19th and 20th centuries that reshaped, developed and contested the Western models.

It is fitting that this book will be released with no barriers or borders and is freely-available to anyone, since it concerns many different countries and ethnic groups.

Editor Dagnosław Demski said, “In the period analysed here, the empires that stretched across Central and Eastern Europe (Austria-Hungary, the Second German Reich, Russia) were all multiethnic mosaics. Their metropolitan centres and dominant nations coexisted with ethnic, linguistic, and religious minorities. Imperial policies and goals defined by central authorities were often at variance with the aims and consolidation processes of the nondominant groups. There was a multitude of ‘local voices’—some dominant, some lacking in power.”

Opening the Future at CEU Press is a cost-effective way for libraries to increase their digital collections on the history and culture of Central and Eastern Europe and the former communist countries. Subscribing libraries get unlimited multi-user access to curated packages of backlist books, with perpetual access after three years. The Press uses membership funds solely to produce new frontlist titles like Staged Otherness in OA format. All OA titles will be available via Project MUSE, OAPEN, and the ORL.

Further titles will be announced soon and advance notice will be given to avoid any double-dipping. We are recording our progress along with our plans for OA books in 2022 on the website at https://ceup.openingthefuture.net/forthcoming/.

If you would like to know more about becoming a member of Opening the Future, you can read more about the programme and benefits on the website where there's even a 60 second animation explaining the programme, or contact Emily Poznanski, CEU Press Director, on PoznanskiE@press.ceu.edu

For further information on the book and publisher: https://ceupress.com/book/staged-otherness

New open access book (OA) out now from CEU Press: freely available to anyone worldwide for download and sharing. Also available to buy in print.